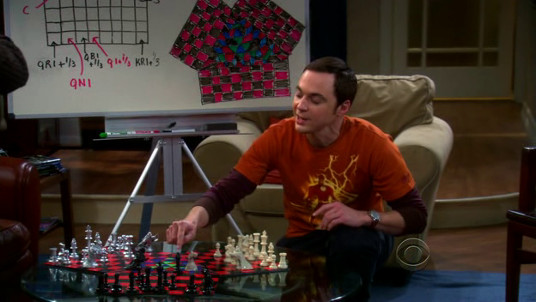 The Goal of Three Player Chess

Three Chess Player is a game played between three playes on hexagonal shaped board containing 96 squares of alternating colors. Each player has 16 pieces: 1 king, 1 queen, 2 rooks, 2 bishops, 2 knights, and 8 pawns. The game is played in The goal of Three Player Chess is to take one of the other two kings. Check is when the king is in danger. Checkmate happens when the king is in a position to be captured (in check) and cannot escape from capture. The first who captures one anothers king is the winner. This is the little difference in Three Player Chess that makes the game interesting and challenging. Checkmate is not enough as in classic chess, you should take the king. When a player is in a checkmate possitiion he looses his turn. And if somehow he is freed up, he can move again.

At the beginning of the game the chessboard is laid out so that each player has the white (or light) color square in the bottom right-hand side. The chess pieces are then arranged the same way each time. The second row (or rank) is filled with pawns. The rooks go in the corners, then the knights next to them, followed by the bishops, and finally the queen, who always goes on your left square, and the king on the remaining right square.

The player with the white pieces always moves first. Therefore, players generally decide who will get to be white by chance or luck such as flipping a coin or having one player guess the color of the hidden pawn in the other player's hand. White then makes a move, followed by green, then black, then white again and so on until the end of the game.

Each of the 6 different kinds of pieces moves differently. Pieces cannot move through other pieces (though the knight can jump over other pieces), and can never move onto a square with one of their own pieces. However, they can be moved to take the place of an opponent's piece which is then captured. Pieces are generally moved into positions where they can capture other pieces (by landing on their square and then replacing them), defend their own pieces in case of capture, or control important squares in the game. On the following examplesred circles show the figures that can be taken, green - where the figure can move and purple - which figures block your way.

Pawns have another special ability and that is that if a pawn reaches the other side of the board it can become any other chess piece (called promotion). A pawn may be promoted to any piece. A pawn is usually promoted to a queen. Only pawns may be promoted.

The last rule about pawns is called “en passant,” which is French basically means “in passing”. If a pawn moves out two squares on its first move, and by doing so lands to the side of an opponent’s pawn (effectively jumping past the other pawn’s ability to capture it), that other pawn has the option of capturing the first pawn as it passes by. This special move must be done immediately after the first pawn has moved past, otherwise the option to capture it is no longer available.

One other special rule is called castling. This move allows you to do two important things all in one move: get your king to safety (hopefully), and get your rook out of the corner and into the game. On a player’s turn he may move his king two squares over to one side and then move the rook from that side’s corner to right next to the king on the opposite side. In order to castle, however, it must meet the following conditions:

Notice that when you castle one direction the king is closer to the side of the board. Here is also a little bit different from classic chess, people who are familiar will notice it. That is called rightside . Castling to the other side, through where the queen sat, is called castlingleftside. Regardless of which side, the king always moves only two squares when castling.

As stated before, the purpose of the game is to capture opponent’s king. This happens when the king is put into check and cannot get out of check. There are only three ways a king can get out of check: move out of the way (though he cannot castle!), block the check with another piece, or capture the piece threatening the king. If a king cannot escape checkmate then you miss your turn and wait. It is also possible the other player to save you. The chance to do it is big, because only the player who capture the king is winner. If not so, the king is captured and the game is simply declared over. The player who captured the king is the winner.

Occasionally chess games do not end with a winner, but with a draw. There are 5 reasons why a chess game may end in a draw: